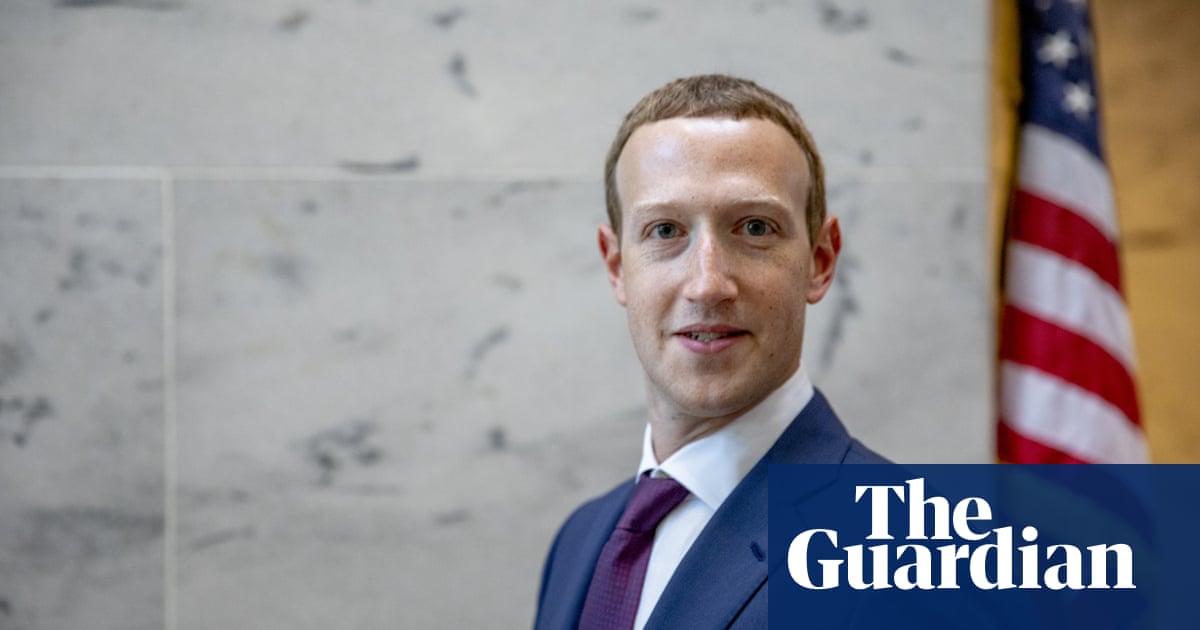 Facebook chief executive Mark Zuckerberg has said his company will go to the mat if Elizabeth Warren is elected president and seeks to fulfil her promise to break up Americas tech giants.

Having to mount a legal challenge, Zuckerberg said, would suck for us. In response, the Massachusetts senator said: What would really suck is if we dont fix a corrupt system.

In leaked transcripts of July internal meetings published by the Verge on Tuesday, Zuckerberg identifies a political movement where people are angry at the tech companies or are worried about concentration or worried about different issues and worried that theyre not being handled well.

He adds: That doesnt mean that, even if theres anger that you have someone like Elizabeth Warren who thinks that the right answer is to break up the companies.

The Massachusetts senator made her promise in March, saying in a blogpost: Todays big tech companies have too much power too much power over our economy, our society, and our democracy. Theyve bulldozed competition, used our private information for profit, and tilted the playing field against everyone else.

Warren has performed strongly in recent polls, in some cases passing former vice-president Joe Biden at the top of the Democratic primary field. Last week, it was reported that key Democratic donors on Wall Street and in big business object to her plans on regulation and taxation and are threatening to sit out the election or back Donald Trump instead.

But look, at the end of the day, if someones going to try to threaten something that existential, you go to the mat and you fight.

In tweets on Tuesday, Warren said she wanted to reform a corrupt system that lets giant companies like Facebook engage in illegal anticompetitive practices, stomp on consumer privacy rights and repeatedly fumble their responsibility to protect our democracy.

In July, Facebook was fined $5bn by the Federal Trade Commission for privacy violations in connection with the Cambridge Analytica scandal. It was also fined $100m by the Securities and Exchange Commission for misleading investors on the risks involved in its use of personal data. Revenues soared regardless.

In the transcripts, Zuckerberg also discusses the Libra cryptocurrency, his refusal to testify before foreign governments, competing with TikTok and other problems facing Facebook.

On relations with the US government, he is asked if he is worried by the fine and the rise of politicians like Senator Warren.

Zuckerberg says breaking up these companies, whether its Facebook or Google or Amazon, is not actually going to solve the issues.

It doesnt make any of the hate speech or issues like that less likely. It makes it more likely because now … all the processes that were putting in place and investing in, now were more fragmented.

Zuckerberg draws laughter by saying Facebooks investment on safety is bigger than the whole revenue of Twitter.

In conclusion, he concedes there is a need for a regulatory framework where people feel like theres real accountability.

But he also says the direction of the discussion is concerning.

I at least believe, I think, there are real issues, Zuckerberg says. I dont think that the antitrust remedies are going to solve them.

But I understand that if we dont help address those issues and help put in place a regulatory framework where people feel like theres real accountability, and the government can govern our sector, then yeah, people are just going to keep on getting angrier and angrier.

And theyre going to demand more extreme measures, and, eventually, people just say, Screw it, take a hammer to the whole thing. And thats when the rule of law comes in, and Im very grateful that we have it.

Zuckerberg acknowledged the leak in a post on Facebook on Tuesday. Though the transcript was meant to be internal rather than public he said, now that its out there, you can check it out if youre interested in seeing an unfiltered version of what Im thinking and telling employees.

Disrupt Berlin is right around the corner. And there is plenty to look forward to....

one of ’s final campaign activities was an interview with a 12-year-old girl. supportedDonald Trump“We...

Well, that was quick: A little over two months since we reported that Mosaic Ventures...