Bitcoin and Bitcoin Cash’s most fervent supporters are at it again and Twitter has become a bitter battlefield.

@Bitcoin carries the name of the largest cryptocurrency but, just like Bitcoin.com, frequently issued statements supporting Bitcoin Cash, which split from Bitcoin last year over a disagreement on how the technology should scale. These posts don’t sit well with supporters of the original Bitcoin blockchain, including a group of developers called Bitcoin Core.

The fight between the two groups prompted prominent blockchain developer Jeff Garzik and others, to attribute the suspension to the endless complaints about @Bitcoin that Twitter was likely getting from Bitcoin Core supporters. Twitter didn’t state reasons for the suspension.

Roger Ver, an early Bitcoin evangelist whose work earned him the nick-name of Bitcoin Jesus, has now become a vocal supporter of Bitcoin Cash. Ver, who owns the Bitcoin.com website, tweeted: 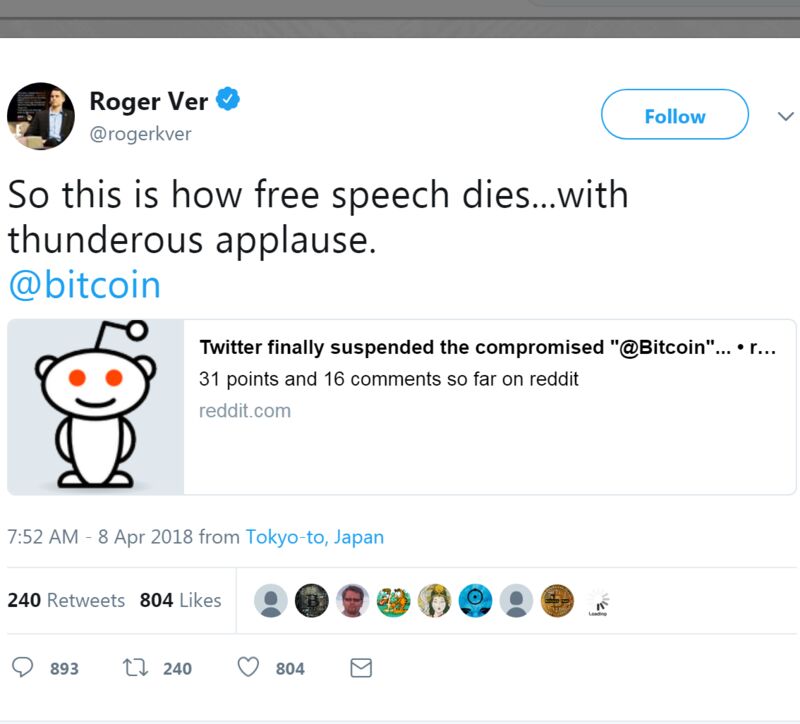 The latest skirmish in the war which started with the so-called Bitcoin Cash fork in August, highlights the downside of decentralized organizations and technologies. The lack of a management team means contributors globally can work on improving the technology, which will be implemented only if a majority agrees, but it’s also cause for disagreements and splits.

“The cryptocurrency development is open source, which means disagreements get aired publicly with the additional angle of the forking of a blockchain, where you have to take the entire network with you, and that creates much more tension," said Neeraj Agrawal, a spokesman at blockchain research advocacy Coin Center. “I don’t expect that to change anytime soon.”

Litecoin creator Charlie Lee, a well-known Bitcoin Core supporter, was likely one of the first to alert to the suspension with this tweet on Sunday: 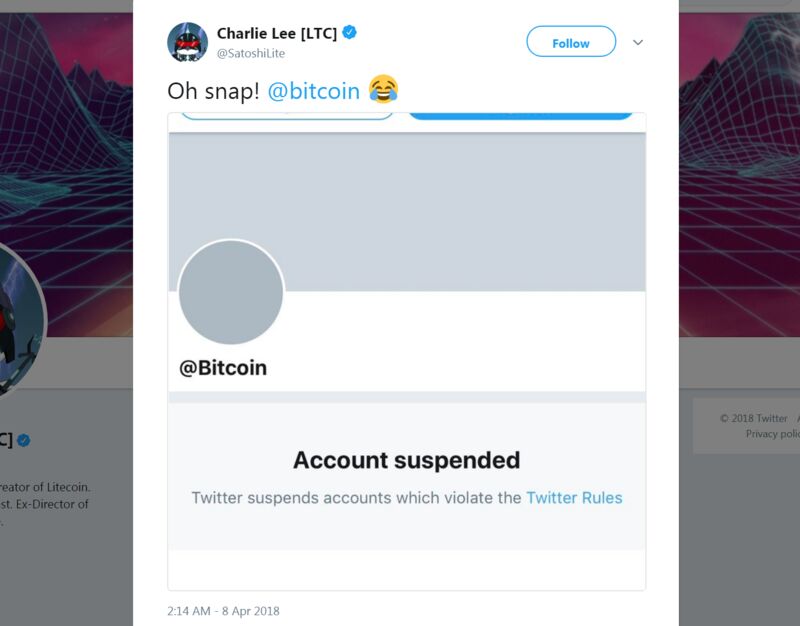 The account now seems to be under new control. The bio now reads "My name is Andrei from Moscow Russia." The private account, which means Tweets aren’t visible to those @Bitcoin doesn’t give permission to follow, has less than 2,000 followers and a background picture that reads "I love you."

The SenateCommittee on Banking, Housing and Urban Affairs scheduled a hearing about Facebook’s cryptocurrency Librafor...

A glitch on Overstock’s website allowed users to send amounts of Bitcoin Cash to Overstock...