Several large companies have announced their departure, including Visa and Mastercard, a week after PayPal exited 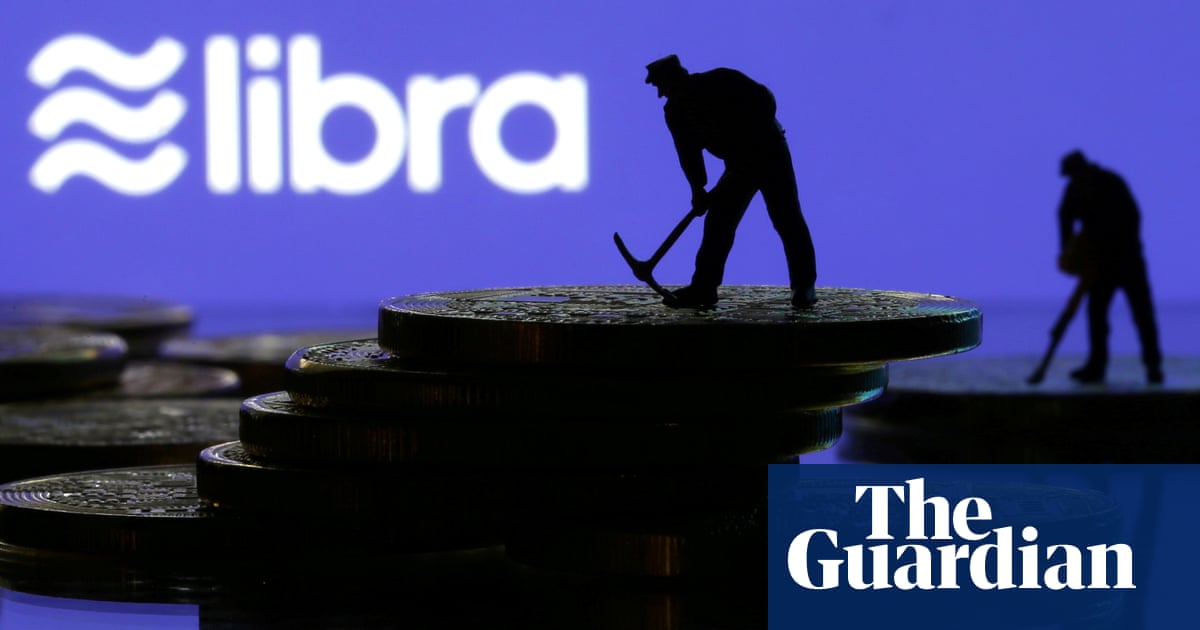 Nearly every payment firm that initially agreed to join Facebooks cryptocurrency Libra has backed out, in a potentially fatal blow to the social networks plan for a worldwide digital currency.

Visa and Mastercard said on Friday they would no longer participate in the Libra Association and Latin American payment system Mercado Pago announced it would back out as well. Several other large companies have announced their departures .

The payment processing company Stripe said it was stepping back, as well as the online auction company eBay.

PayPal was the first of Libras big partners to exit, announcing last week it would no longer be involved.

Facebook unveiled its plans for Libra in June 2019, announcing it meant to roll out the international digital currency publicly in 2020. Though it was built by Facebook, the company said the digital asset would be controlled by the Libra Association, a non-profit made up of a collective of international companies.

When Libra was announced, the Libra Association was comprised of around 30 founding companies. To be listed as founding members, these companies contributed a minimum of $10m (8m). The first official meeting of the Libra Council is scheduled for 14 October in Geneva in just a few days.

Executives at Facebook and the Libra Association said the exits will not affect the products success.

Although the makeup of the association members may grow and change over time, the design principle of Libras governance and technology, along with the open nature of this project ensures the Libra payment network will remain resilient, said Dante Disparte, head of policy and communications for the Libra Association.

David Marcus, a former PayPal executive and co-creator of Libra, thanked Visa and MasterCard on Twitter on Friday, saying their dropping out is liberating.

I would caution against reading the fate of Libra into this update, he said. Of course, its not great news in the short term, but in a way its liberating. Stay tuned for more very soon. Change of this magnitude is hard. You know youre on to something when so much pressure builds up.

The departures come as Facebook faces intensifying international legislative scrutiny over the currency. Politicians on both sides of the spectrum have questioned the privacy issues raised with Facebook controlling a currency, as well as concerns about money laundering.

On Wednesday, the Bank of England said Facebook would have to meet the central banks highest standards in order to be allowed to launch in Britain. In July, members of the US Senates banking committee grilled Facebook executives over the proposed currency for hours, questioning the privacy and security issues surrounding an international currency run by the social media giant.

As the Libras backing slowly crumbles, Facebooks CEO, Mark Zuckerberg, is set to testify in front of Congress on 23 October.

It’s time to trot out our fractured German. Why? Because you have only 48 hours...

Thomas J Mace-Archer-Mills dispensed advice to Duchess of Sussex on how us Brits behave Thomas...