Asian shares dipped, with technology stocks leading declines after some disappointment with U.S. corporate earnings. Rising pressure on bond yields round the world stirred the Bank of Japan into action to keep rates from getting out of whack with policy targets.

Even Japan hasn’t been immune to the sell-off in global bonds that’s sent 10-year Treasury yields to the highest in four years. After 10-year Japanese government bond yields threatened to breach 0.1 percent — versus a policy target of around zero — the BOJ announced it’s prepared to buy an unlimited amount of five-to-10 year notes at a fixed rate. Japanese yields retreated, and the yen briefly dropped. 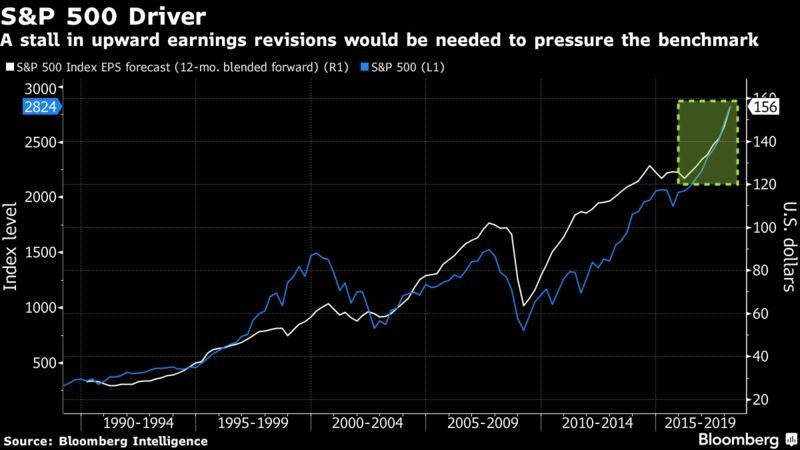 Equities are being tested by the surge in bond yields. Some fund managers have said 3 percent U.S. 10-year rates would signal a bond bear market, and the level is seen by many stock-watchers as a potential trigger for a correction in equities.

"It’s going to depend on the pace of the move," Geoff Lewis, Hong Kong-based senior strategist for Asia at Manulife Asset Management, said on Bloomberg Television. "If we see a sharp move up that would be a negative shock for the equity markets. With such low volatility — complacency perhaps — its possible that that could be quite a sharp correction."

Next up for markets to focus on is the U.S. employment report, where traders will be paying particular attention to the gauge of wages for any signs of a pick-up in labor costs that could push up inflation and expectations for Federal Reserve monetary tightening.

Elsewhere, West Texas Intermediate oil traded near its highest level since 2015 as forecasters paint a rosier picture for supply and demand. Bitcoin continues to slide after a miserable January, falling below $9,000.

Adam Draper, the son of that Draper, is changing things up a bit at his...

Obama has only spoken out against President Donald Trump’s administration and policies on a select...

Youve probably heard of HelloFresh-style businesses where you are given tailored ingredients for your meals....

Republican Alabama Senate candidate Roy Moore said that recent allegations leveled against him are an...

Erik Finman is a twenty-something bitcoin maximalist as famous for his precocity as he is...