Asian stocks traded mixed as China hit back against the Trump administration’s latest tariffs and tensions ratcheted up between the U.S. and Russia. The yen edged higher, while oil held on to its losses.

Shares fell in Japan and South Korea, fluctuated in Hong Kong, and pushed higher in China and Australia. Treasuries added to gains made as investors scooped up a record $26 billion 10-year auction. The kiwi tumbled to a two-year low after the New Zealand central bank pushed out its forecast for a rate increase by a year as the outlook for economic growth weakens. 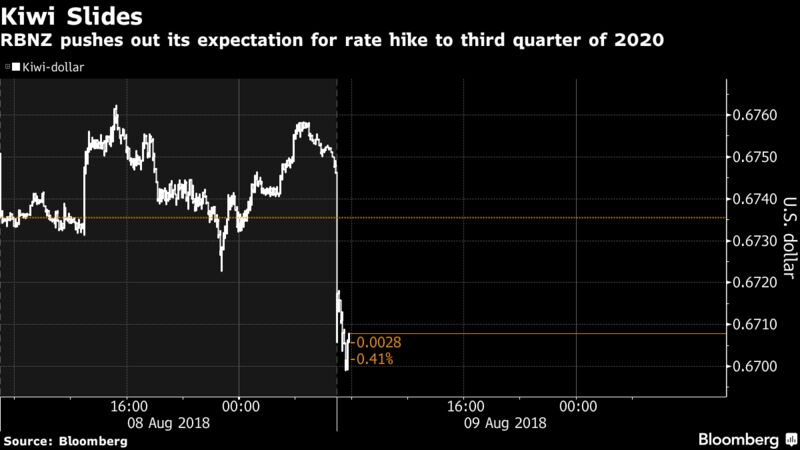 China said it will impose 25 percent tariffs on an additional $16 billion worth of imports from the U.S. from Aug. 23, matching Washington’s latest move in the trade war. Separately, the U.S. announced new sanctions on Russia, saying it’s made a final determination that Moscow was responsible for the March 4 nerve-agent attack on former double agent Sergei Skripal in the U.K. The ruble tumbled.

Elsewhere, Turkey’s lira nudged higher as a Turkish delegation met with U.S. State Department and Treasury officials in Washington Wednesday, as both sides sought a way out of a deepening feud. Crude traded around a seven-week low as the escalating trade dispute between the world’s biggest economies overshadowed a decline in U.S. crude stockpiles. Bitcoin dropped, leading a sell-off in digital coins of all sizes.

Here are some key events coming up this week:

Asian stocks extended this year’s stellar run, led by gains in Hong Kong, amid optimism for...

Only a fool would trust Facebook with their financial wellbeing. But maybe thats the point...

Whitefish Energy, a Montana-based company from the hometown of Interior Secretary Ryan Zinke, was awarded...